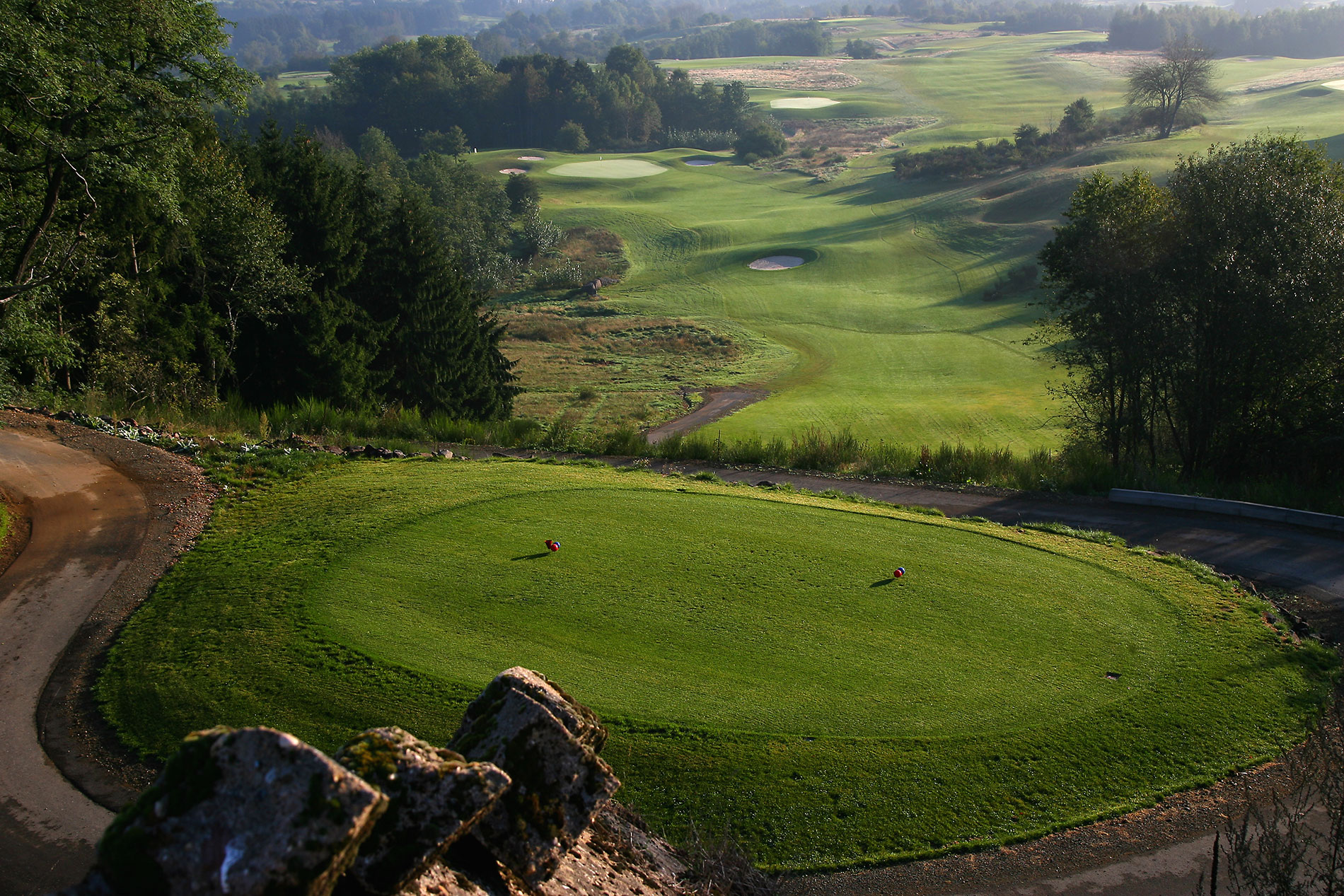 Description:
With the motto ‘A World Within a City,’ you would expect this to be a big development with a lot to offer and frankly it is a huge resort. As Ernie Els told me when recommending it as one of his favorite resorts in the world: “Sun City is an incredible place; you’d never run out of things to do there!”
There are four hotels and a club plus everything from safaris to shopping in between. Importantly for golfers there are two top golf courses to choose from. The Gary Player Golf Course – the signature layout here – was rated by Golf Digest as the 99th best course in the world in 2016.

South African great Gary Player designed the course with American Ron Kirby in 1979. They integrated huge bunkers and massive greens into the layout. The walking-only course had a makeover in 2010, removing some bunkers and giving the par-4 9th an island green, according to Golf Digest.
As well as having plenty of distance to challenge golfers at 7162 yards (6549 meters), you’ll face challenges like the nasty par-3 third, where you must hit over a pond, but stop the ball on the large bean-shaped green before the deep backside bunkers.

The second golf course to play is the Lost City Golf Course, which was also designed by Player in 1993 and was ranked No. 28 by Golf Digest SA in 2016 in Africa. It offers an easier challenge with wider fairways but there are plenty of waste bunkers and water hazards, including one on the thirteenth hole that has dozens of Nile crocodiles living in it. Best to take a drop away from the edge. 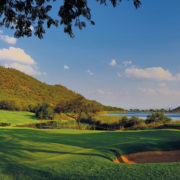 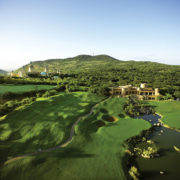 The challenges:
Gary Player Course: If you don’t keep to the fairways you’ll be punished in the rough, some of which grows 4-8 centimeters (1.6-3in) long, and giant bunkers. Lost City Course: You’ll face waste bunkers and must avoid a lot of water hazards – there are some 28,000 meters squared (about 92 000 feet squared) of water features.
When to play: You can play year-round but it is best to tee off early in summer (December – February) as the temperature can reach 42 degrees Celsius.
Par: Gary Player 72. Lost City 72.
Yardage: Gary Player 7832 yards, 7162 meters. Lost City 7309 yards, 6683 meters.
Slope: N/A
Rating: Gary Player 76. Lost City 74.
Best hole:
Gary Player Course – the ninth hole is a 596-yard (545-meter) par five with an island green to hit onto on approach. Lost City Course – the 197-yard (180-meter), par-3 thirteenth is the signature hole.
The pro says:
“Lost City’s Hole 13 is the most beautiful hole ever … Don’t be brave and hit it short into the crocodiles. There are also six deep bunkers waiting for you around the green.” – JC Coetzer

Golf Digest SA editor Stuart McClean rated this as the No. 2 golf resort in Africa. Travelers on every budget can find suitable accommodation here – ranging from the five-star Palace of the Lost City and Cascades Hotel (with three swimming pools), through to the Sun City Hotel (four star), Soho Hotel & Casino, and Cabanas Hotel (three star). The latter is located near the Kamp Kwena Children’s club and Waterworld Lake. Sun City is in the semi-arid North West Province (160 kilometers or 99 miles north-west of Pretoria), so you’ll want to be near the pool during summer when the average is over 30 degrees Celsius (86 degrees Fahrenheit).
The Palace, which stands out for its grand architecture, offers a luxurious getaway. From the mosaic artworks and exotic furniture (some use zebra hide), through to the Olympic-sized pool, it is designed to feel like you’re staying in an African Palace. Massage treatments can be booked for your room instead of the spa, if you are feeling lazy.

Dine and wine:
With six eateries to choose from at The Palace alone, it’s unlikely you are going to go hungry in Sun City. The pick of them is Plume, a swanky, soulful-looking restaurant which puts African influences on French cuisine (the champagne bar is handy for some bubbly, too). You might also try Crystal Court (international fare), the safari-themed Tusk Bar & Lounge (cocktails), The Grill Room (if you miss your meat), The Palace Gazebo (a private spot for a romantic dinner) and the Palace Pool Deck (wood-fired pizzas, cocktails).
The accommodation:
A standard Luxury Twin room (45 square meters / 484 square feet) at the Palace benefits from 24-hour room service, free Wi-Fi and a complimentary English breakfast. You’ll enjoy the mountain views from the balcony and some good sleep with the sound-proofing. The height of luxury is the African Suite (250 square meters / 2690 square feet), with kitchenette, study, dining room, Jacuzzis, butler service and your own sauna!
Other activities:
You may want to cool down in The Valley of Waves water-park, get lost in the labyrinthine Maze of the Lost City or get pampered in the Royal Salon. However, there is one must-do adventure here – take a safari through the nearby Pilanesberg National Park where you can see the Big 5 (lion, leopard, elephant, buffalo, and rhinoceros). You can even take a hot air balloon ride over the wild beasts.